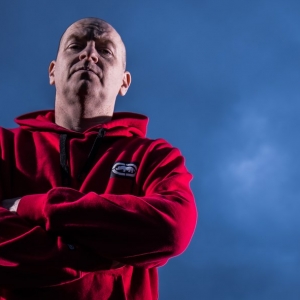 Based in Ayr, Scotland, Public Domain comprises a group of experienced DJs and veterans of the Scottish music scene: original line up was Mallorca Lee (vocals), James Allan (keyboards/engineer), and Mark Sherry (keyboards).

The guys all met on the Scottish club scene, Public Domain began recording together in late 1998.  Sampling  a  melody  from  a  remix  of  New  Order’s  “Confusion” that was used  in  the  movie  Blade,  their  debut  single  “Operation  Blade  ( Bass  In  The  Place)” received a very warm reception  in the clubs and on Scottish radio, while still a white label.

Judge  Jules  began  to  play  the  track on his BBC Radio 1 show and  it was  signed  to Xtravaganza  Recordings  for  a  full  release.  The record entered the UK singles chart at number 5 in November 2000 and remained in the Top 20 for 10 weeks before eventually selling one million copies internationally.  Public Domain also worked with Chuck D.  Of Public Enemy he was impressed enough to perform a new vocal on “Operation Blade”, which was released in mid-2001 as “Rock Da Funky Beats”.

The band’s debut, Hard Hop Superstars was released to a widely positive response from the UK music press. Theyalso gave explosive  live  performances  at  most  of  the  major   events on the dance music calendar, such as Homelands, Berlin’s  Love  Parade,  Gatecrasher,  Defcon,  Reading and Leeds Festival and also  Privilege  in  Ibiza.