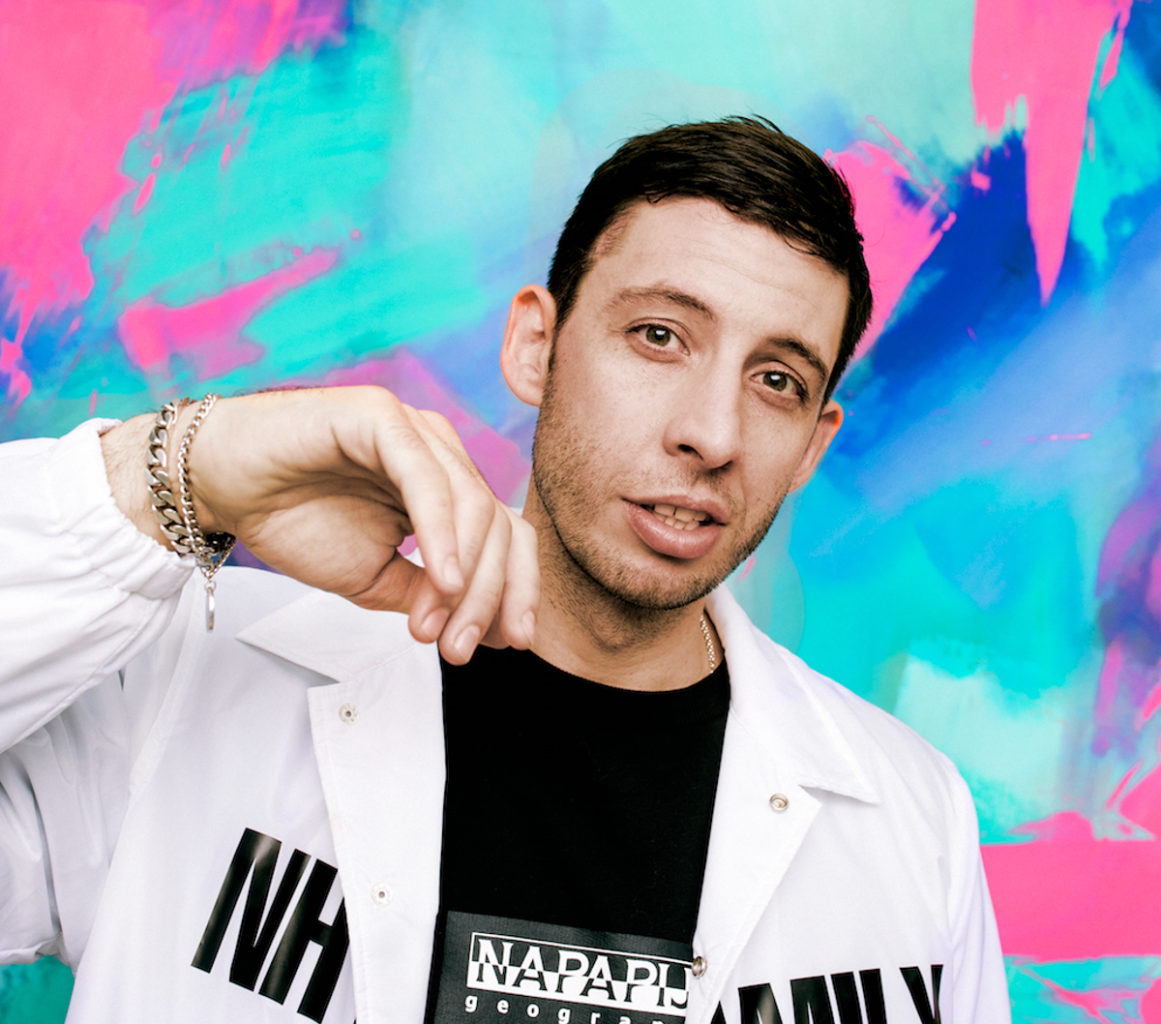 His initials being E.G., English MC/vocalist Elliot Gleave performed under the name Example. Gleave got his feet wet as an MC while attending Royal Holloway, where he met Joseph Gardner (aka Rusher) and recorded a concept album in the audio booth of the university’s film department. “A Pointless Song,” one of the tracks recorded there, became Example’s first release, a 2004 single on his All the Chats label. A handful of successive 12″ singles, as well as an answer song to Lily Allen’s “Smile” — “Vile,” issued on the Beats, the label run by the Streets’ Mike Skinner — gained the attention of several BBC DJs. What We Made, Example’s debut album, followed on the Beats in 2007 but failed to make much of a commercial impact. A deal with Ministry of Sound’s Data label and an overt focus on reaching the clubs, however, fostered chart success. Released in 2009, “Watch the Sun Come Up,” produced by the Fearless, peaked in the Top 20 of the U.K. pop chart, while both “Won’t Go Quietly” (also produced by the Fearless) and “Kickstarts” (Sub Focus) reached the Top Ten and topped the dance chart.

The full-length Won’t Go Quietly was released in June 2010 and featured the pre-album hits, as well as productions from MJ Cole, Calvin Harris, Chase & Status, and Björn Yttling (of Peter Bjorn and John). Featuring the hits “Stay Awake” and “Changed the Way You Kissed Me,” his 2011 effort, Playing in the Shadows, debuted at number one on the U.K. album charts. Calvin Harris, Benga, and Dada Life were some of the producers whose work was found on his 2012 effort, The Evolution of Man. In 2013 the career-spanning #hits ended the artist’s relationship with Ministry of Sound, as he had signed with the Epic Records label. He then started work on his fifth album with producers Critikal, Stuart Price, and Fraser T. Smith in L.A. Titled Live Life Living, the record was released in 2014. Example then took a break from recording and touring for the next three years to focus on family life. He returned in 2018 with his sixth LP, Bangers & Ballads.